Sometimes I delight in being wrong.

A lot of the best conversations come from two places: FaceBook, and the Second Chance Saloon in Oakland Mills. FaceBook is always a source (albeit, according to my teenage sister, one quite uncool) of debate, from following the comments on the Property Brother's fan page to reading reposts of daily words of wisdom, articles on parenting, feminist treatises, and the yoga pose of the day. People are on FaceBook all day - sharing, tagging, arguing, and talking.

Going to the Second Chance can be like that, though it's easy and lazy the way social media can never be. Nobody is going to butt in on your conversation, but you might find yourself sharing a few words with a neighboring table or cheering over a sporting event, forming a community of food and drink and commonality, life.

I found those two worlds intersecting this evening.

First, at the Second Chance, my husband and I were sharing a meal and watching the World Cup.

Second, at home, I was scrolling through FaceBook and saw the following image: 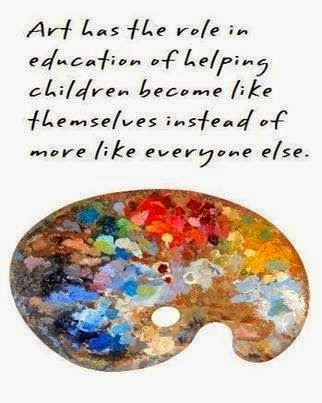 While I was at the Second Chance, inspired by the excitement surrounding the World Cup, I engaged my husband in conversation about his history in sports. He has a few under his belt: baseball and soccer at a young age, wrestling and football in high school. I, growing up in a highly musical and highly uncoordinated household, have had no such experience. In fact, my years at a private, all-girls school in Baltimore did quite a lot - by forcing me to play sports for I had no talent and just as little inclination - to reinforce the anti-sports sentiment with which I grew up.

My husband grew up with an ethos of teamwork - teamwork earned in the sun and the snow, with muscle, with dedication, with contributing skills to benefit all, with sharing wins and losses as an emotional education inherent to and necessary for young adulthood.

I grew up with an ethos of teamwork - listening to the people next to and around me, taking direction and then and blending voices within my section, complementing other singers through tone or intention or volume, performing under hot lights and being one part of a whole.

My husband learned individuality through wrestling - yes, being a part of a team, but having a close, personal encounter with his own skill and with his education. Narrowing focus in order to get better. To know more. To do more.

I learned individuality through my years in piano - yes, hearing the delicate touch and the fiery passion of my teacher, but also listening closely from one week to the next to see how I might improve, to understand, a little bit, the coughing release of Chopin and the spiderwebs and glass of Ravel. To hear more. To feel more.

Growing up, I had no idea - would have, in fact, roundly rejected the concept - that anything I learned in music could be learned in sports. Hell, I held fast to those ideas for a long time, for too long. I've been snobbish about music and the arts and derisive about sports and athleticism. And I have come to realize that my stubborn clinging to the arts - to the arts only - made me just as narrow minded and as shallow as the private school curriculum which made me play lacrosse when I wanted to dance.

The above graphic from FaceBook is great, and when I saw it I immediately thought, yes. And then I thought, not only.

Look, you are never, ever going to be able to convince me that the arts aren't equally important for everyone. And quality art education should be accessible to all, with all students able and encouraged to experience the arts in their own way and to their own benefit. You know me - I am never going to say, oh that kid can't sing, let's throw her into sports. It's not about that.

It's about recognizing that a good, sound education includes everything - an excellent PE program and a helpful, passionate, informative music program. An opportunity for field hockey; a chance to play guitar. A role in the play, a place on the team - an education.

I delight in being wrong. I was wrong about sports. If I could put up a billboard somewhere to apologize for being a snob, I might. Being wrong is great, because then I get to learn. Watching sports at the Second Chance is great, because I learn there, too, and I cheer, and I commiserate, and I am human in my casual connections. Being on FaceBook links me up to so many people with so much to say, and I find myself inspired by the sheer amount of communication and closeness available from a distance.

Sometimes it takes a long time for terribly obvious things to become apparent. The yes, and the not only. I am quite grateful for those moments of realization nonetheless.

I find, at the end of the day, that I am a happier person for it. And that the world seems a better place if all things are possible, and if we all talk to each other, and if every child is given a chance to truly be themselves.

Alice
I'm a big sister, and a daughter, and a wife. I want to write books and cook gourmet food and mix mocktails. I want to sit on the porch and think about God. I want to listen to music and feel large and beautiful and unstoppable. I want to love as much as possible without expecting anything in return. This isn't my first time around. I drink a lot of coffee